The new and improved SpriteKit Editor in Xcode 7 brings a whole host of new features that greatly aid the development project of visually designing games and projects that use SpriteKit. This post will consider three of these key features, and approaches to keep support for iOS8.

One great new feature in Xcode 7 and iOS9 is the ability to split up an .sks file into multiple .sks files and reference them via the Reference Node object. Thus any GUI components, main characters, repeated backgrounds etc. can be refactored out to their own unique files and then referenced in the main level file, thus promoting code re-use, and the added benefit and any changes to the main character will be reflected throughout all your scenes.

So we can create our character once (here in Ref.sks) 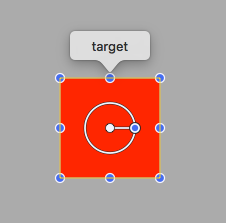 and reuse as many times as we like (in GameScene.sks) 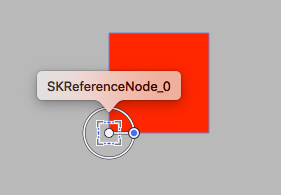 Great! There is, however, one major issue: what do you do if you want to support iOS8? As the API is iOS9+, the application will crash when NSCoder tries to decode the referenced node.

One approach that works is to create a separate SceneKit file (GameScene_iOS8) and replace the reference nodes with empty nodes.

Now when we wish to load the Scene, we check what system the device is running.

and when we load the scene, for devices running iOS 8, we explicitly get a reference to Ref.sks, load the target node into our scene at the same point where the empty node is, and then delete this empty node.

This isn’t pretty, but it works.

Xcode 7 and iOS 9 also introduce the ability to save an action, or a group of actions, to a file and then reference this action by name in code, or drag and drop from the actions panel in the editor itself. Below is a simple sequence of actions in which we move, scale, rotate and then fade out a sprite, saved with the name action. This, however, is once again an iOS9 only feature and will crash when NSCoder tries to load the .sks file.

One approach is to remove the action from our .sks and instead manually load it in code, either by a simple reference in iOS9, or for iOS8 actually coding the actions by hand.

Again, not pretty, but functional.

Lastly, another great feature is the ability to now assign nodes in .sks files as custom classes. Consider we wish to implement a simple Button class which extends SKSpriteNode.

In GameScene.sks we can create a colored sprite, set the name and its class to be Button. 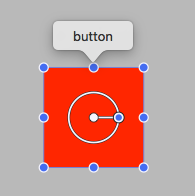 Now in GameScene.swift we can easily get a reference to this button, cast it as a Button, and then do whatever we like (add callbacks etc.).

The catch, as you suspect, is that this will crash on iOS 8 as the sprite is a SKSpriteNode and cannot be cast to another class. One approach is to use this sprite as a placeholder for creating another Button, setting the new button’s texture, size and position identical to the graphical button, and then removing the graphical button from the scene.

This is one thing I actually expected to work on iOS 8 (the casting of a SKSpriteNode to a subclass) but apparently does now. More discussion on the Apple forums.

Since the introduction of SpriteKit in iOS7, the framework has continued to grow from strength to strength, while the new updates to the SpriteKit editor drastically sped up development time. With the launch of tvOS and Apple’s growing focus on mobile gaming, I’m sure we’ll see even more innovations within the next year.

However, making your App iOS9 only isn’t necessarily possible at this early stage and although I would love to utilize these new features, I also need to keep support for iOS 8. Above are some workarounds that I’ve been testing. I’d love to hear of any tips and tricks or alternative ideas!