One issue is that within a Unity Project there are many folders and files that can remain local and don’t need to be tracked. The Library folder, for instance, when not present is always constructed on load, while OS (Mac/Windows etc.) specific files don’t need to be synced across computers.

as this is required for version control. The benefit of this meta files is that unique settings for a file (such as import settings for a sprite etc.) are saved to an associated meta file, so syncing is easier and faster between projects.

Now we could commit only the relevant files (that is, the Assets and ProjectSettings folders)

but one issue is the annoyance of untracked files messages for files which we have no interest in tracking. 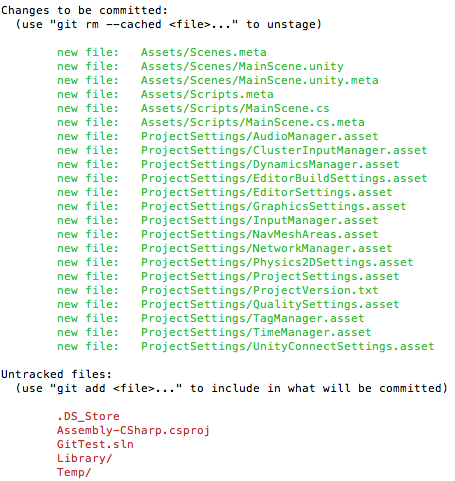 Luckily by writing a custom .gitignore file (saved to the root project folder), we can specific the files that git should ignore tracking.</p> 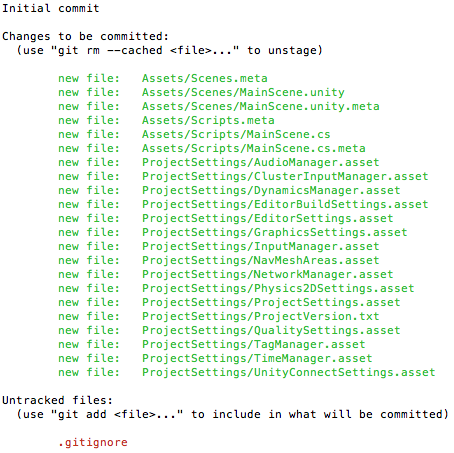 One last point is the Editor setting Asset Serialization Mode to being Force Text or Mixed (between Text and Binary). Most Unity Projects will have scenes, prefabs and thus a lot of binary files. Force Text works better for version control in viewing the changes between commits, but Mixed means that binary files are imported faster into the project.