Over the last few days I’ve been working on a prototype of a new German language game. As writing is one of the hardest parts of learning a new language, I thought to myself, what if writing was the sole game mechanic? Unlike Duolingo, which relies on translating sentences from one language to another, this game would concentrate on single words adhering to the Goethe-Instituit examinations.

Each round the player is presented a word (in either English or German) and must type the corresponding translation in German/English. A correct answer increases the player’s score by 1, while an incorrect answer resets their score to 0. Correct answers also earn the player coins (which will have a use in the future). To match the hardcore game style, the design aesthetics embrace 8-bit art as a reference to retro gaming and infinite runners.

The game has two game difficulties: Easy and Hard. Easy challenges the player to translate from German into their mother language, while Hard from their mother language into German, thus covering passive and active knowledge respectively. Words can be chosen depending on type (noun, verb, adjective etc.) or all mixed together. 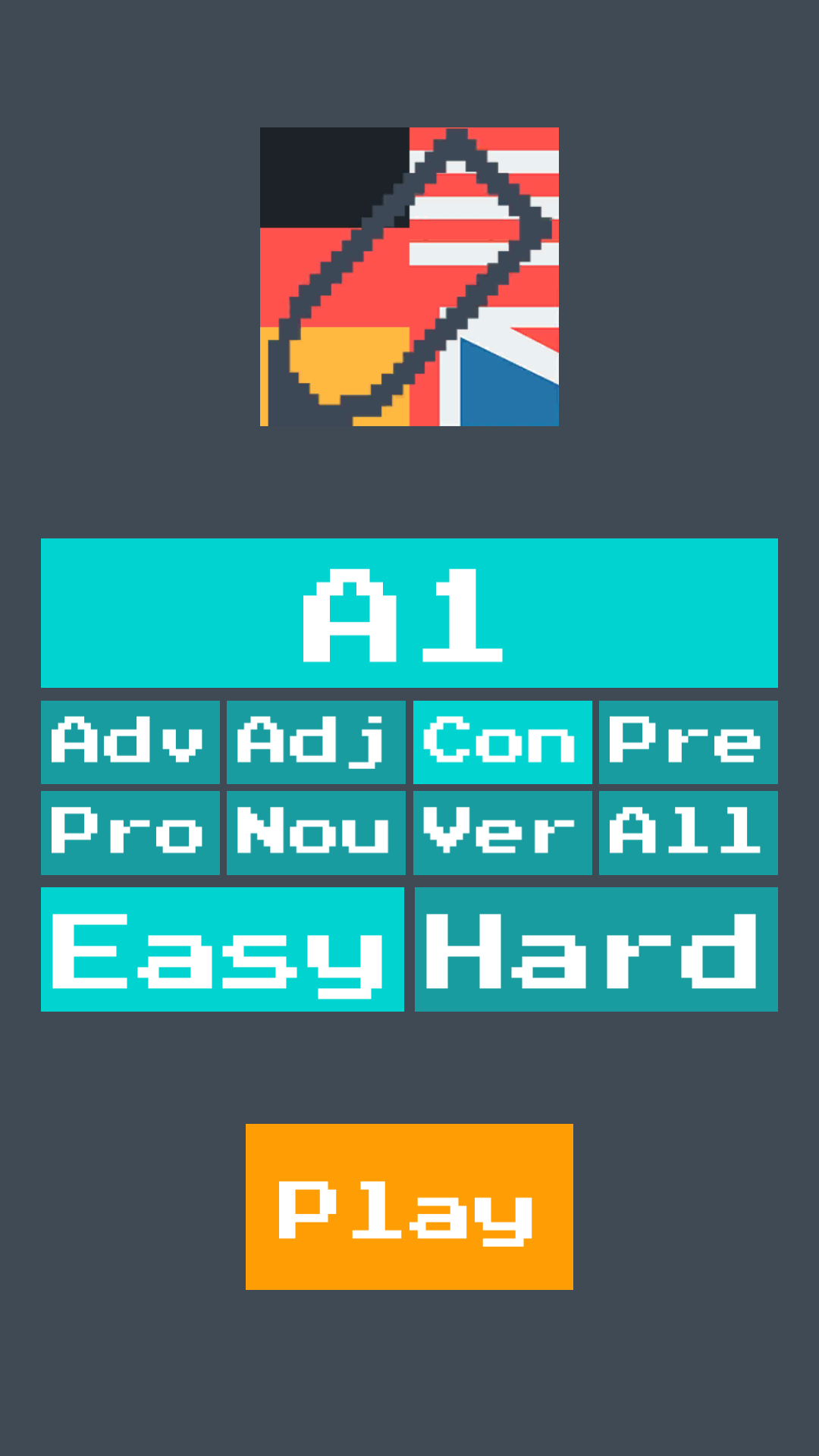 As a convenience, when translating German verbs to English, to is already present as a placeholder, while translating English nouns to German have der, die, das buttons.

The game is in the very early prototype stage but I feel that it has potential and is already fun (yet challenging) for beginners to play.