While studying my MFA, I designed the application kontrolr so that I could control Ableton Live and Max for Live modules directly using MIDI from my iPad and a MIDI-USB cable. Although this functions perfectly fine, and is better than OSC and a wireless router or WAP, the cable is somewhat inconvenient I must admit. Since the announcement of Bluetooth LE and iOS 7, I’ve been meaning to add MIDI over Bluetooth support, but never got the chance. Today I was browsing through WWDC 2014 topics and discovered Core Audio updates which actually effortless allow MIDI over Bluetooth LE between iOS 8 and OSX 10.10 devices.

I won’t go into any specifics here, but basically Bluetooth LE is a low-energy, low data transfer protocol which has already been around for a few years, but really came to prominence after iOS 7 and Apple’s iBeacons. For iOS 8, there now exists dedicated Peripheral (sending) and Central (receiving) view controllers which basically do all the hard work for you. Consider the following code

Now on the OSX side, all that needs to be done is to go to Audio MIDI Setup 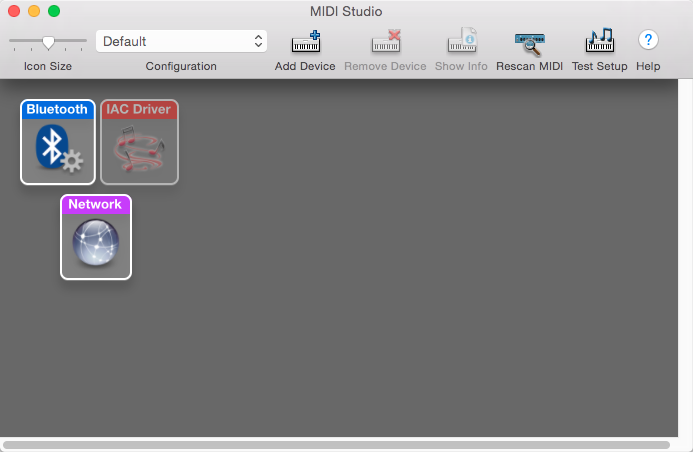 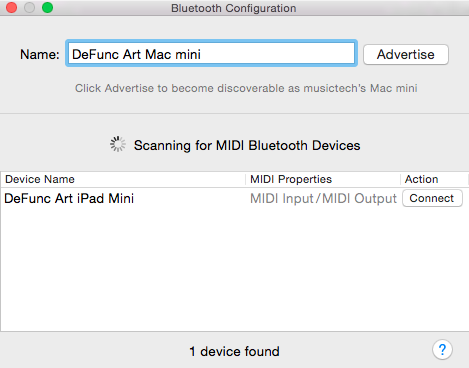 and connect to the iPad. Now the iPad will be connected, and in fact ALL output MIDI will be routed to the computer. Thus, by firing up the now-outdated iOS 7 incarnation of kontrolr,

all output MIDI will be automatically passed directly, promptly and securely to the OSX, as exemplified by a Max patch below (value 93 on control channel 11) 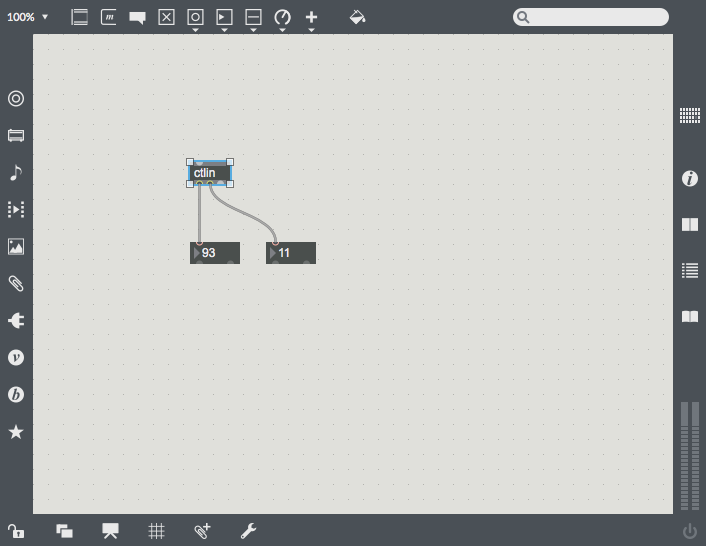 This MIDI can then be routed to Ableton by selecting the “ ” device.

As kontrolr is written in openFrameworks, lets see what oF 0.9 brings in terms of Swift integration!