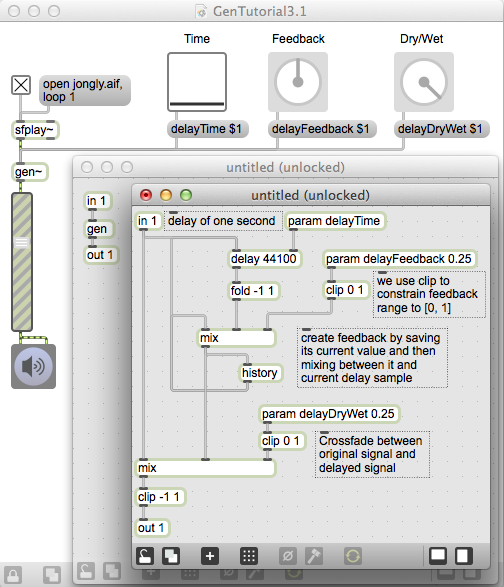 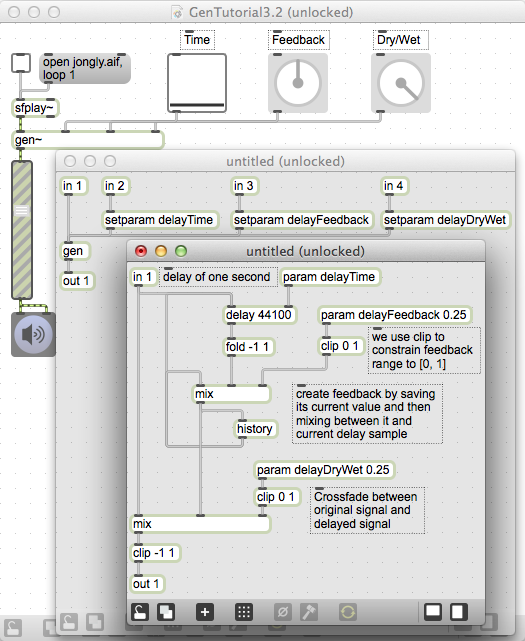 Like Max abstractions, a Gen patch can be saved as a file and then loaded using the gen filename message, or by supplying the filename as an argument for [gen~].

For persistent audio data storage, [gen~] offers two operators, data and buffer. Both are similar to MSP’s [buffer~], main difference is that data is local to the Gen patcher, while buffer is a shared reference to an external MSP [buffer~]. Thus modifying a Gen buffer, is directly modifying the contents of the MSP [buffer~] it references.

In the following patch, we define an MSP [buffer~], and send a [phasor~] (continuous stream of values from 0 to 1) into Gen. In Gen we set a reference to the MSP [buffer~], and then grab the sample at the current location (input from [phasor~]), and output it to Max. So basically we have created a simple sample player. 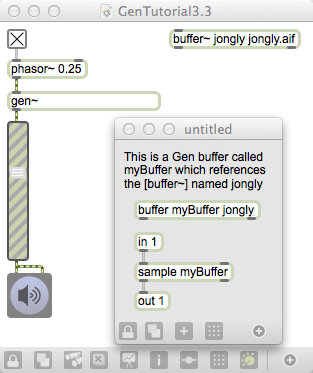 In the next patch we create an internal Gen buffer using data and then write into it using poke and the current sample value via counter. The drum sample is continually sent into our Gen patch, but only recorded when we press the record button. After toggling record off, or by pressing the play button, we then play this 1 second recorded loop.

All patches can be downloaded here.