This evening I attended Talk & Play where I had Caoga caoga, Fifty-Fifty and Pół na pół available for testing, along with an early prototype of Der Die Das.

Feedback on Der Die Das was good, with numerous comments of how minimalistic the game is, that it has a clear UI and is easy to play. Some players were intimidated by the concept (German articles have the stereotype of being impossible), but everyone who played the game seemed to enjoy it.

Useful feedback on Caoga caoga was difficult to attain. As Irish is generally alien to all but those who grew up in Ireland, everyone (bar a language enthusiast) really struggled to get into it. Pół na pół, although technically identical to Caoga caoga, had more success in that those who knew a few words or another slavic language quite enjoyed having a go. No one was interested in playing Fifty-Fifty, probably because all the players where proficient in English. 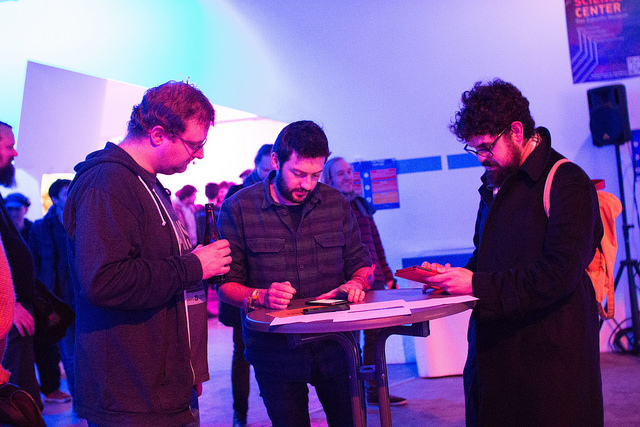 One interesting point was Match mode in Caoga caoga/Pół na pół where many players assumed that the buttons were draggable and tried to drag one button to another, instead of clicking a word and then an image. In all the beta tester feedback from the Fifty-Fifty series, no one has mentioned this as an issue.