This evening I attended Talk & Play where I had Der Die Das available for testing, along with early prototypes of Konjugator and the (as of yet) untitled German-English translation game. 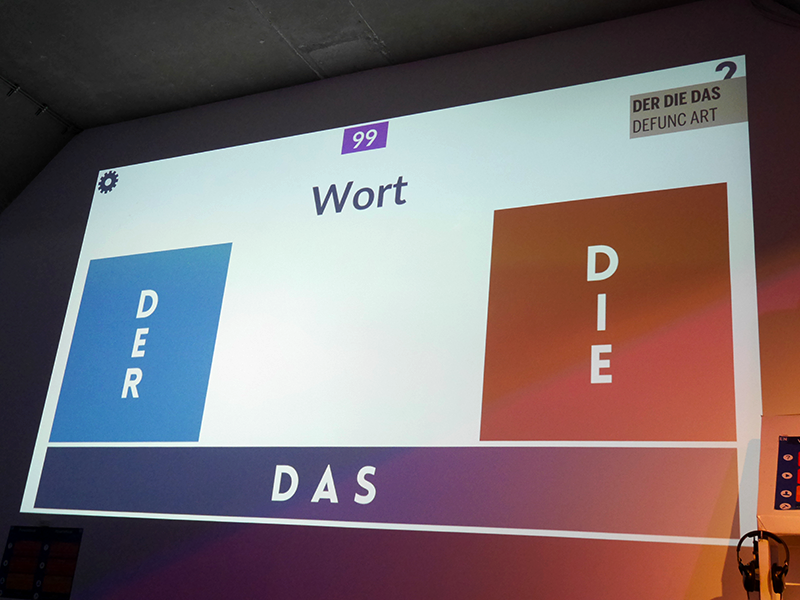 As per Talk & Play #30, feedback on Der Die Das was very good, with all players enjoying playing the game. As per Fifty-Fifty series, I think that I should include the option to manually progress to the next question (automatically 1s is too fast for some). Many felt the round to be of infinite length, although it only contained 50 questions: an option to play 10/25/50 nouns would help to engage players who want a shorter game experience. Another possibility would be a timed game which I’ve been contemplating since the first prototype.

Konjugator and the translation game received less play (as most players weren’t too proficient in German) but they seem to exhibit potential.